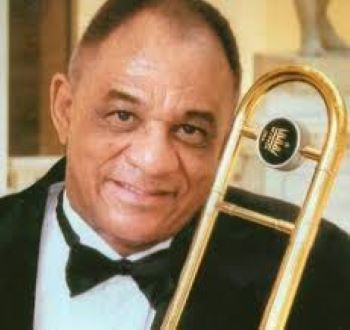 Jazz trombonist HAROLD BETTERS died on Sunday 11th October aged 92. Born in Connellsville, Pennsylvania he was raised in Pittsburgh where he spent most of his life. His parents owned a Pittsburgh night club and encouraged their children in music. Harold’s s older brother Jim was a trumpeter, and his younger brother Jerry sang and played drums. Encouraged by his parents Harold studied music at Ithaca College and the Brooklyn Conservatory though his studies were interrupted when he was drafted into the Navy during World War II.

In the early 50s he was living in Boston and worked with Dick Gregory and Ray Charles before forming his own quartet which featured brother Jerry on drums. In the early 60s he returned to Pittsburgh where he played sessions and became a fixture on the city’s jazz scene, earning himself the nickname “Mr Trombone”. In his own right he recorded 12 albums for Gateway and Reprise.