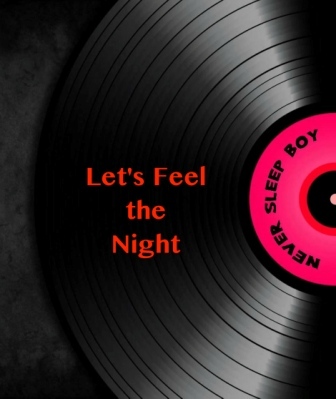 The oddly named NEVER SLEEP BOY (sometimes just NSB… don’t ask… we know very little) is a new artist who says he got into music – playing and writing at just age 7! His people tell us that his influences are people like Curtis Mayﬁeld, Donna Summer, The Bee Gees, MFSB, Chic and Nile Rogers, Earth Wind and Fire, Kool and the Gang, Michael Jackson, James Brown, The Temptations, The Whispers, Marvin Gaye, The O’Jays and The Spinners!

You can hear bits of all those influences (and more) on what we think is NSB’s debuting single – the upbeat and ultra optimistic ‘Let’s Feel The Night’. He say that the track is homage to Studio 54 in New York but it wouldn’t have sounded out of place at any 80s UK soul weekender. The tune’s out now and well worth investigating!