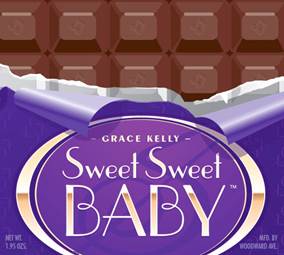 GRACE KELLY (no not THAT one!) is a rising star on the US jazz scene. The Boston born sax prodigy is only 20 but she already has 8 albums under her belt. She’s worked with people like WYNTON MARSALIS, RANDY BRECKER, HARRY CONNICK Jr, DAVID SANBORN and JAMIE CULLUM; GRACE holds the distinction of being the youngest name person cited in the Downbeat Critics Poll; oh … and she played at BARACK OBAMA’S first inauguration.

To celebrate Valentine’s Day, she’s set to release a single that’s a marked departure from her usual straight-ahead jazz. ‘Sweet Sweet Baby’ is a lilting little pop-soul ditty which GRACE hopes captures the mood of Valentine’s Day. Sure, it’s a throw away, candy-coated song but she still manages to drop in some of her trademark sax licks.

The single, released on Woodward Avenue Record, will be available from February 14th from all the usual download portals.