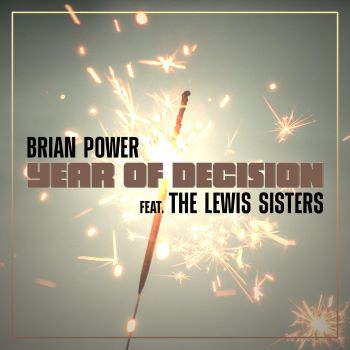 The Three Degrees’ ‘Year Of Decision’ has long been a Philly soul favourite. Penned by the masters, Kenny Gamble and Leon Huff, it typified everything that was so good about Philadelphia dance music – sweet and soulful with a big production, it always ignites the dance  floor.  It was  even a pop hit – peaking in the UK at #13 in April 1974. I bet King (then Prince) Charles bought a few copies!

Now with a lovely piece of timing – well it is New Year – the song is back with us in a “powerful”, new soulful mix from the LEWIS SISTERS with a little assistance from uber soul/dance producer BRIAN POWERS. (see what we did there!!)

You might know that The Lewis Sisters have been on the UK scene for nearly 50 years. You’ll remember, of course, the lovely Linda  and her hits, ‘Rock-a-Doodle-Doo’ (1973), ‘Sideway Shuffle’ (1973) and her version of Betty Everett’s ‘Shoop Shoop Song (It’s in His Kiss)’  (1975), and for albums such as ‘’Lark (1972), ‘Not  A Little Girl Anymore’ (1975) and ‘Woman Overboard’ (1977). Then there’s  Shirley Lewis – a long time, top, top session singer and backing vocalist – probably best known for her wok with dear George Michael. Finally there’s the youngest Lewis, Dee – a singer/ songwriter who has released several singles in the UK and Europe including the hits ‘Stuck On Love’ and ‘Best Of My Love’. Dee also sung the featured vocals on the Stock Aitken and Waterman hit ‘Roadblock’ and ‘When Will I Be Famous’ by Bros. Dee is also known for her vocals on numerous films including  ‘Wonder Woman’, ‘The Last Samurai’ and ‘Pirates of the Caribbean’.

Quite a CV and that pedigree is self-evident on their new version of ‘Year Of Decision’  Mr Power, at the controls, changes the original tempo just a tad and  with, a sort of rolling percussion , he creates  a whole new vibe – but a vibe as appealing, as catchy, as danceable as the original . Just  listen to the harmonic  opening  and you know right away you’re in for a soulful treat! Yes, this is the year!

YEAR OF DECISION  is released now on SOULHOUSE MUSIC.