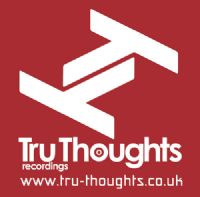 Though it’s not yet quite achieved the status of Motown, Brighton’s TRU THOUGHTS label is celebrating a very special anniversary this year – its 10th! The label was launched in September 1999 by ROBERT LUIS and PAUL JONAS and their idea was to issue music that chimed in with their celebrated Brighton club nights. The first release was a 12″ – ‘Alarming Frequency’ by STEADY. Now 199 releases on, the label celebrates with a triple CD box set – which comes in real premium package, including a 24 page booklet giving the low down on the label. Two of the set’s CDs offer a “best of” of what the label offers and soul and jazz and funk fans will thrill to cuts from people like ALICE RUSSELL, LIZZY PARKS, QUANTIC, THE BAMBOOS and KYLIE AUDLIST. The third CD throws up a dozen real exclusives including ‘Turn It Up’ from the BAMBOOS and an acoustic version of KYLIE AUDLIST’S ‘No Use’. For full details of the release and associated anniversary celebration go to www.tru-thoughts.co.uk