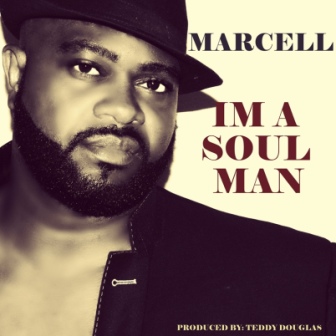 MARCELL & THE TRUTH’S ‘Hope’s Too High’ is one of the best proper soul outings of the last few years. The 2008 recording is revered by soul collectors who, of course, know that since that epic recording MARCELL (RUSSELL) has embarked on a solo career. After almost a decade with the Truth, the Baltimore singer has gone on to win numerous solo accolades.

Comparisons have been made to Luther Vandross, Donny Hathaway and Gerald Levert, but Marcell always has been – and indeed is – his own man… as will be made apparent when he releases his next solo album on the 14th April – the day after his birthday!

The long player, ‘I’m A Soul Man’ is Marcell’s fifth album and has been produced by Teddy Douglas – known for his work with Maysa, Mary Mary and the Floacist.

The album’s title is self-explanatory. Quite simply, Mr Russell sees himself, first and foremost, as a soul singer; “In Soul music the lyrics have to grab you, sit you down, and open you up and the vocals have to assists the lyrics on the mission. I have mad respect for every genre but there is no genre that’s more sampled by any other genre than soul music. And so for me I’ll touch and allow myself to be influenced by the other genres and hopefully you can sometimes hear that, but Marcell is and forever will be a Soul Man.”

More good news? The man –whom music biz insiders have dubbed “The Voice” –will be touring in the UK later in the year. We’ll let you have the details when we have them and be sure to watch out for our upcoming ‘I’m A Soul Man’ review.