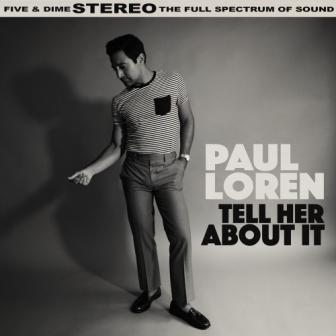 It’s probably escaped your attention and you’re forgiven for not sending a card, but today is Billy Joel’s birthday. New York blue-eyed soul crooner PAUL LOREN, though, is commemorating the event by releasing his own special version of Joel’s ‘Tell Her About It”.

Paul says: “Billy Joel was one of my earliest influences. My mom would play the “An Innocent Man” cassette tape over and over again on road trips, and I was immediately hooked on the sound of those amazing songs. I remember ‘Tell Her About It’ was the last song on Side A and I really thought it was a Motown song. With my cover I wanted to capture that 60’s Motown sound and send Billy straight to Hitsville USA!”

Check the record out at your favourite download portal and you’ll hear that Paul has captured the pop/soul catchiness of classic mid 60 Motown…. pacey and with parping horns, we think Mr J (69 years old, by the way) will approve! Great 60s art work too!