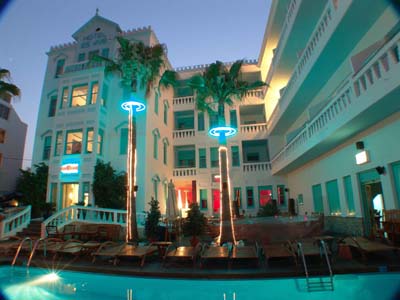 Ibiza’s Hotel ES VIVE is one of the world’s truly iconic hotels and its reputation amongst visitors to the “White Island” is second to none. The hotel first opened in 2001 and with an enviable position – near to beaches and the attractions of Ibiza town – it was soon winning over discerning tourists. Those guests also soon learned why the hotel had won its reputation as the island’s premier music hotel. The music that was played in the hotel’s Experience bar helped define the soulful house and chill out sounds that became synonymous with Ibiza. Indeed the regular ES VIVE themed compilation albums became sought after worldwide.

This Summer the hotel is celebrating its tenth anniversary and visitors will notice major changes to the hotel’s layout , decor and surroundings Most exciting of all, this year sees the introduction of ‘Radio Es Vive’ which will be transmitted through the hotel and online 24 hours a day around the globe. There will be live broadcasts hosted poolside with top DJ’s, unforgettable parties and special one – off events throughout the summer to mark a proud 10th season in Ibiza.

Watch out for Es Vive’s special 10th Anniversary CD mixed by Fierce Angel’s head honcho MARK DOYLE – the CD will be available to buy at the hotel or via http://www.hotelesvive.com/  where, of course you can also get the fullest information on the Ibizan legend.