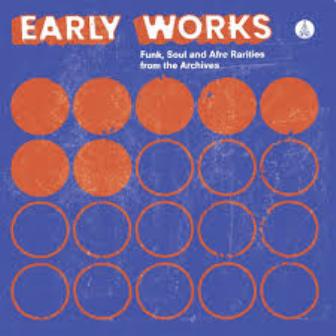 Up in deepest, darkest Yorkshire, Leeds to be precise, there’s a lovely little boutique label – ATA Records. Right now, despite the lockdown, ATA is celebrating its 5th birthday and as a result they’ve decided to reissue the compilation that started it all for them…. the set (out May 15th) comes as a  repackaged and re-titled vinyl LP and in download.

Where ATA physically started was a lock-up garage behind Headingly cricket ground in the industrial metropolis of Leeds, UK. It was there that Pete Williams and Neil Innes set up a studio stuffed with vintage 60s recording equipment and began making music with the like-minded George Cooper, and Sam Hobbs. The studio’s first three tracks were credited to the Sorcerers and other artists’ monikers include The Lewis Express, The Magnificent Tape Band,The Harmony Society and The Yorkshire Film & Television Society. ATA released their first 12 tracks in the form of a compilation that was licensed to the label Here & Now recordings and released as ‘Funk, Soul & Afro Rarities: An Introduction To ATA Records’. It was limited to 300 copies and quickly sold out and it’s that original album that is being reissued to celebrate 5 years in the business.

Sonically, the music is tough, rough and organic, covering all kinds of bases. For example ‘The Flip’ is a roller coasting Northern soul pastiche, ‘Sucker Punch’ is gritty and funky while ‘Hawkshaw Philly’ (despite its title) channels the sparser funk of New Orleans. Expect lots of other different flavours too. Find out more @ www.atarecords.co.uk