HANGIN’ ON WITH SLOOPY! 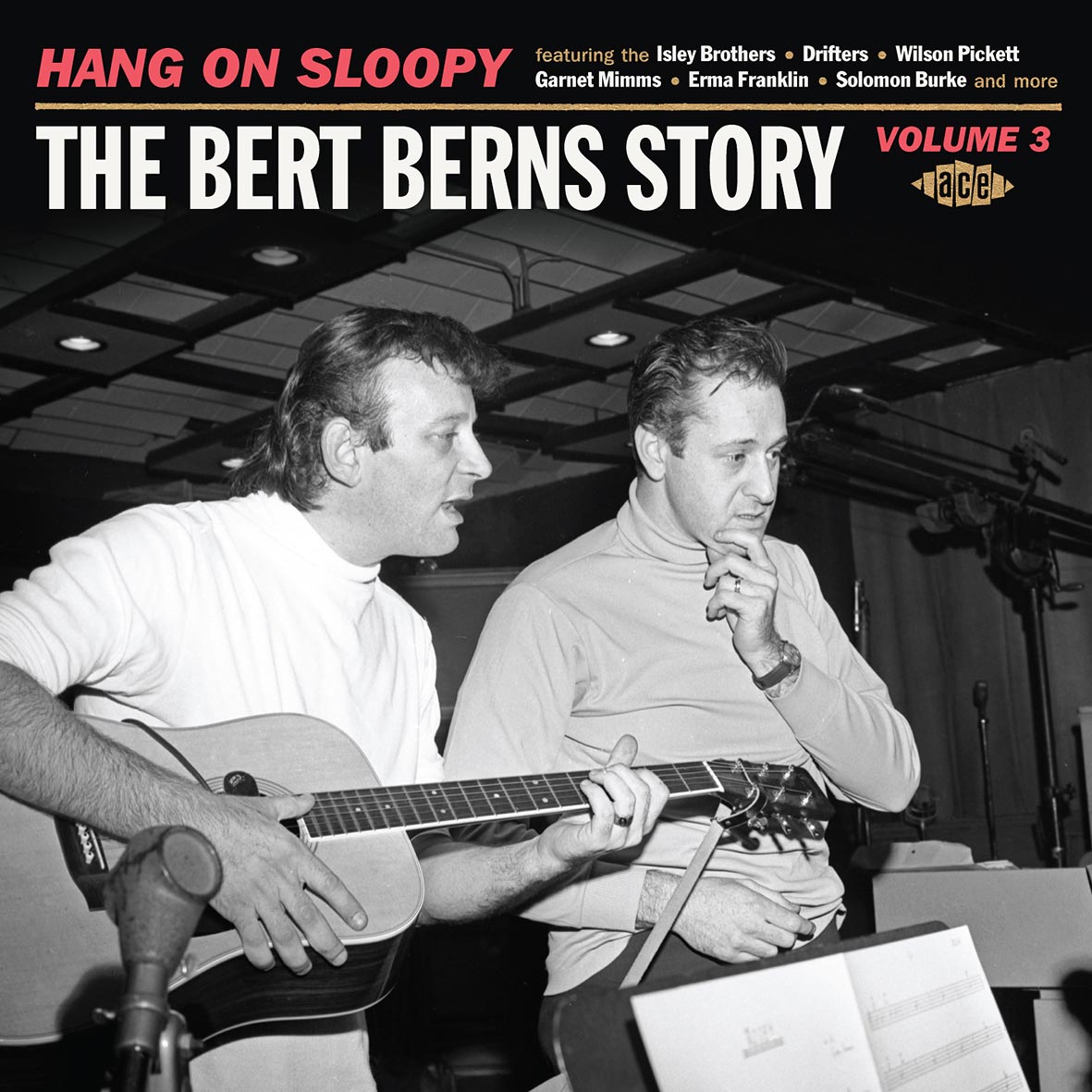 Soul collectors will be more than happy to have easy access to some rarities – stuff like Hoagy Lands’ ‘(I’m Gonna) Cry Me Some Tears’ and the Knight Brothers’ ‘Love (Can’t You Hear) too.

The set also features a smattering of pop and rock… like Van Morrison’s ‘Chick-A-Boom’ (Morrison was an early protégé of Berns) and Lulu’s ‘You’ll Never Leave Her’. There’s even a track from Bert himself…. it’s his version of ‘Hitch Hike’, credited to Russell Byrd (his recoding alias) and proves that he was a better behind the mic man than an in front of it kind of person!

And the album title? It comes from one of Bert’s biggest hits… ‘Hang On Sloopy’ from the McCoys. Here the McCoys offer a beaty ‘I Wonder If She Remembers Me?’ while the ‘Sloopy’ song comes in a Latino version from Cuban singer Arsenio.

HANG ON SLOOPY… THE BERT BERNS STORY VOLUME 3 IS OUT NOW ON ACE RECORDS.