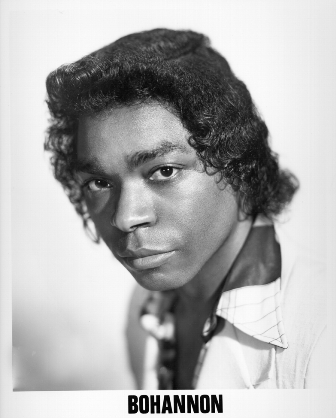 Music multi tasker HAMILTON BOHANNON died today… Saturday 25 April. He was 78 and at the moment, few details are available.

Born in Newnan, Georgia, Hamilton  learned to play drums as a child and at one time played in a band with Jimi Hendrix. After a spell as a teacher, in 1964 he joined Stevie Wonder’s road band eventually moving to Detroit where he found plenty of work at Motown … in the studio yes, but chiefly marshalling the various road bands that toured with the label’s stars. When Motown moved west, Bohannon stayed in Detroit and formed his own band that at times featured Ray Parker Jr and Dennis Coffey and signed a deal with Dakar Records. There he became known for a bass heavy, dance sound but he had to wait till 1975 to find real success. That was with the UK chart rider ‘Disco Stomp’ but he enjoyed more success after signing to Mercury where his ‘Let’s Start The Dance’ became one of the disco era’s defining sounds.

In the late 70s and through the 80s he continued to record and also to produce – notably with ex Motowner Carolyn Crawford (who was the lead voice on ‘Let’s Start The Dance’). In the hip-hop era his music enjoyed a new lease of life being sampled by people like Snoop Dogg, Digable Planets, and Jay Z.

In recent years Bohannon worked with a singer called Governor and published his memoirs in audio book form. In 2017 his home town named a street in his honour.