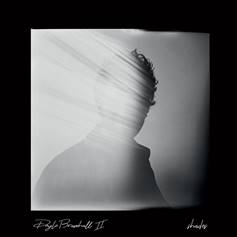 Texas troubadour, Doyle Bramhall II, who impressed as a singer, guitarist, and songwriter, on his last long player, ‘Rich Man,’ in 2017 returns on the Provogue/Mascot label with a new album, ‘Shades.’

Eric Clapton appears alongside Bramhall on the soulful mid-tempo cut, ‘Everything You Need,’  while Norah Jones lends her dulcet tones on the duet, ‘Searching For Love,’ a slow, pleading blues ballad peppered with piquant guitar and organ.

Until the recent ‘Rich Man’ LP, Bramhall hadn’t made an album under his own name for fifteen years. Now, though, with ‘Shades’ under his belt, this seasoned sideman is enjoying being a solo artists again. “The new record finally feels like I’m comfortable in my own skin, like I don’t have anything to prove other than trying to express myself as honestly as I can,” he says. “As an artist, writer and producer, I’m in a good place, and I think I can allow this flow of music to come out and form a real body of work that my fans can appreciate. I’m thrilled to have them go on this journey with me.”

‘Shades’ is released on October 5th on Provogue/Mascot.