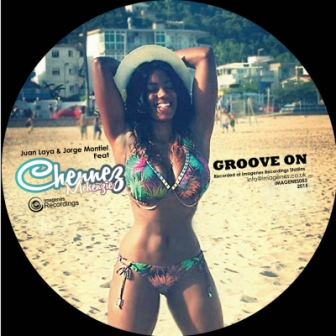 For a few years now the London based music collective, LOS CHARLYS ORCHESTRA have been thrilling audiences in and around the capital with their irresistible take on the music of New York’s Spanish Harlem. Influenced by icons like Joe Bataan, Joe Cuba, Willie Colon and Charlie Palmieri, Los Charlys’ leaders, Juan Laya and Jorge Montiel have made quite a name for themselves

Late last year Juan and Jorge temporarily broke away to release their own ‘Boogie Magic EP’. It was so well received that the duo have been back in the studio to record another top notch, Latin-inflected boogie groove. Imaginatively titled ‘Groove On’, the tune comes in a number of mixes with the putative lead being the “Classic Boogie” mix. Drawing heavily on George Benson’s ‘Give Me The Night, this tweak features a big, big vocal from Chennez McKenzie. That vocal is retained for the brassier “Raw Disco” mix, the more electronic “Radio Futura” mix and the experimental “RT909Lockdown Club Mix”.

JUAN LAYA and JORGE MONTIEL’S ‘Groove On’ is released on Imagenes Recordings as a Vinyl 12″ & Digital Download on 18 May 2015.