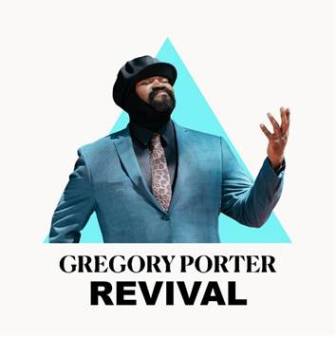 Some good news for a miserable January day? GREGORY PORTER is back … and how! Today, (Thursday 16th January) the “JAZZ CAT IN THE HAT” has released a new single… ‘Revival’. More good news…. ‘Revival’ heralds a new album….’All Rise’ which is set for release on 17th April. Released on Decca/Blue Note, the LP will be Gregory’s first since 2017’s ‘Nat King Cole & Me’ and it will feature all new, original material – a mix, we’re told, of “jazz, soul, blues, and gospel” featuring “heart-on-sleeve lyrics imbued with everyday philosophy and real-life detail’.

2020 will also see Gregory take the position of ‘Guest Curator’ at the Cheltenham Jazz Festival, performing there on 5th May, and he will embark upon a major UK tour (9-26 May), with a series of arena shows as well as four nights at London’s Royal Albert Hall.