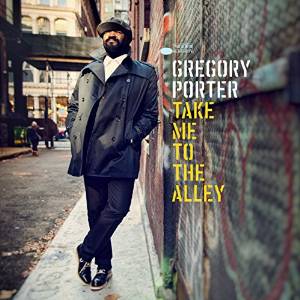 GREGORY PORTER has announced that his new album will be released on May 6th. The new collection is called ‘Take Me To The Alley’ and follows his Grammy-winning ‘Liquid Spirit’ from 2013.

Released on Decca/UMO, the label is accepting pre-orders and those who register a download order will receive two “singles”…. ‘Holding On’ and ‘Don’t Lose Your Steam’.

Porter, of course, previously recorded ‘Holding On’ with Disclosure; but the new version is just that… new. Porter has posted: “I decided to do the song the way that I would have recorded it on my record. It’s a way of saying that a song is a song is a song. The lyrics and the intention of the song come through no matter what kind of bells and whistles are going on”

You can find out a lot more @ www.gregoryporter.com