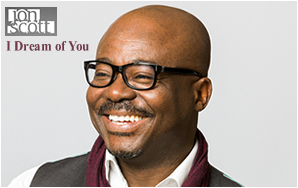 There aren’t too many soul singers who can say they own their own legal firm! Sure, plenty have had numerous run-ins with the law and too many have had lots of causes to enlist lawyers, but to the best of my knowledge, Nigerian-born, London-based JON SCOTT is the only soul man who is a fully fledged lawyer with his own company.

Though obsessed with music, “my learned friend’s” mum and dad wanted their son to have a “proper job”. Jon says, “Music has always been the first thing. The lawyer part… I just fell into it, basically. You’re supposed to have a career and my parents invested a lot of time and effort into that. So I compromised. But I never stopped gigging.”

So, after 20 years of living for music, this legal eagle decided to take his art as seriously as he could, and self-released his 2008 solo debut album ‘Some R Beautiful’ and a Balearic beats-influenced Summer 08 EP. Jon immediately found a growing audience for his brand of mellow, feel good pop-soul, and got straight on with making album number two, – ‘Flow Like A River’. Jon’s now all set to release a third album – ‘Perfect’. The set is heralded by the very Marvin Gaye-ish floater ‘I Dream Of You’… an ultra sensual summer groove with a chorus hook to die for and some fab sax work!

JON SCOTT’S ‘I DREAM OF YOU’ is available via the usual download portals and the ‘Perfect’ album will be released shortly.