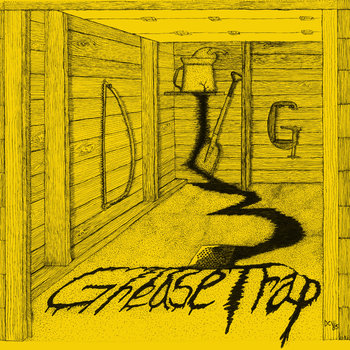 DLG 3 is a proper old school, Hammond-led soul-jazz trio, though, oddly, on their latest album I’ve counted a core of four players and one guest. At the heart of DLG 3 is drummer Mike DeConzo and guitarist John Lynch and for the album – ‘Grease Trap’ – Hammond duties are shared by Greg Lewis and William Gorman.

The ‘Grease Trap’ LP is a concise eight tracker and like many of those great soul-jazz trio albums from the Golden Age, the repertoire is a mix of band originals and well-chosen covers. Of the originals, ‘Lomy’s Homies’ is the most intriguing. It’s a loose and funky seven minutes plus workout and features guest baritone sax input from Larry Bustamante… a bluesy foil to Lynch’s biting guitar.

Of the covers, standout is ‘Until You Come Back To Me’ – simply ‘cos it’s such a great tune. The other covers are ‘Across 110th Street’, ‘Living For The City’, ‘Stand!’, ‘Street Life’ and ‘The World Is A Ghetto’ all delivered in the manner of people like Joey DeFrancesco, Richard Holmes, Brother Jack McDuff, Jimmy McGriff and “King” Louie Pain.