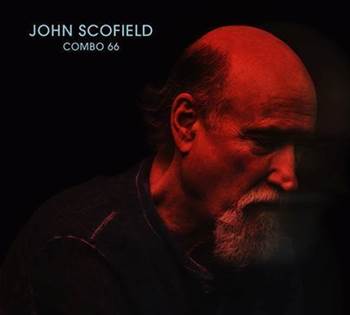 As a sideman, Ohio fretboard master, JOHN SCOFIELD, has played with some of jazz’s greatest names – namely Miles Davis, Charles Mingus, Chet Baker and Gerry Mulligan – but has also enjoyed an illustrious solo career that to date has earned him three Grammies, his most recent in 2017 for Best Improvised Jazz Solo (on the track, ‘I’m So Lonesome I Could Die’ from his ‘Country For Old Men’ album).

Always one to frame his distinctive guitar sound in new musical contexts, Scofield’s forthcoming long player, ‘Combo 66,’ finds him in a straight ahead jazz setting  leading a quartet that features pianist, Gerald Clayton (who also doubles on organ), bassist Vincente Archer, and drummer, Bill Stewart. The veteran guitarist is especially enamoured by having Gerald Clayton on board: “Guitar and keyboard is not always the easiest match. Because of its percussive nature, piano is very similar to the guitar. But Gerald (Clayton) has a beautiful touch and though he is quite modern, his touch reminds me of Hank Jones or Tommy Flanagan. And that really is a beautiful legato sound that works well with the guitar. Even though he’s got super roots in traditional jazz, he can do everything. I’m just thrilled to play with Gerald.”