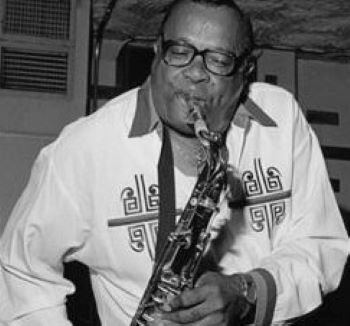 Gaines’s first major foray into pro music was a sax player for Don Robey’s Houston-based Peacock Records. There he met Little Richard who recruited him for his band, The Upsetters and Gaines, with his passion and drive, soon became leader. Gaines performed live with Mr. Penniman, played on most of his big recordings (notably ‘Long Tall Sally’) and featured in Richard’s big movie ‘Don’t Knock The Rock’.

In the 80s Gaines retired from music to work for the hotel companies Holiday Inn and Sheraton but in 1985 he reformed the Upsetters and was soon out playing live again; the band also recorded three albums, the last being 2002’s ‘Jump Start’.

Gaines and his band were a popular draw on the Texas live music scene and by all accounts they always gave a lively, energetic and spirited performance.