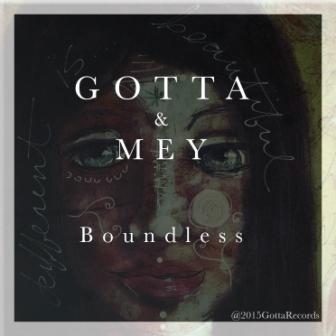 GOTTA is the alter ego of top French muso Philippe Arcostanzo. In demand here, there and everywhere, Mr G is a bit of jet setter – dividing his time between homes in New York and Monte Carlo!

His latest project is making an impression on soul and jazz buffs with adventurous ears. It’s a sweet little EP called ‘Boundless’ and released on (guess what?) Gotta Records.

The mini album’s USP is a re-working of Stevie Wonder’s ‘So What The Fuss’. The original, you’ll remember, was a grinding, funk flavoured outing. Here Gotta offers a jazz-inflected neo/nu soul version with whispered vocals from Mey (Lolas). Interesting? Yes….. and there’s more of the same atmospherics on the set’s other big tune, ‘Like I Breathe’.