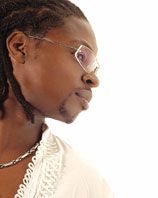 August sees the ever-reliable Dome label issue two fab new albums… though the first of the pair isn’t brand new – it’s CONYA DOSS’S acclaimed debut album ‘A Poem about Ms. Doss.’ The CD was originally issued in 2002 – but only in the US, and when word of its brooding sensuality and potent soul energy filtered across the Atlantic the collection was soon in demand despite being difficult to track down. Now, Dome are giving the set a full UK and European release so that those who’ve followed the Cleveland-born soulstress’s career through her last three releases (all on Dome) can catch up on that all-important first chapter. Dome’s second August biggie is the new album from Brixton’s own DON-E. The album’s called ‘Naturally’ and it’s an amazingly varied affair though each cut is rooted in real, modern soul. One of the high spots is a down tempo take on BOB MARLEY’S ‘Waiting In Vain’ while the set also features duet input from KEISHA BUCHANAN, KELE LE ROC and MUTYA BUENA. Biggest coup for the Brixton boy, however, is to have D’ANGELO on keys on ‘So Cold’ – a song that’s been eagerly sought since bootlegged versions leaked out a while back.