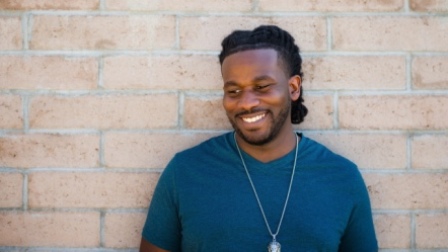 ‘Good Time’ is the newest single from keyboardist DEE BROWN who hails from what is fast becoming a hive of music excellence… Albuquerque, New Mexico (home town of certain Isaac Aragon, you’ll remember!).

Dee began his music odyssey in the church (both his parents were ministers) and it was at high school that he decided to make music his career. He studied music at the University of New Mexico and Santa Fe University of Art and Design whilst also serving as music director at St Timothy’s Lutheran Church. It was there that he formed the gospel group Dee Brown and Breakthrough who released one album – ‘Jesus Never Fails’. Since then Dee has worked with various bands and artists in and around Albuquerque including NuMethods, The Diamond Empire Band, Isaac Aragon and the Healing, Rebecca Arscot and One Heart Fiya.

Now, with ‘Good Time’ Dee is breaking out on his own. Dee says: “This single (‘Good Time’) is just the beginning of my plan for a three album series entitled ‘Life’, ‘Love’, and ‘Faith’, respectively. These are the things that matter most to me”. Sonically, ‘Good Time’ is a loose funk workout with an intro taken out of the Chic songbook… a good time guaranteed for all! Out now.