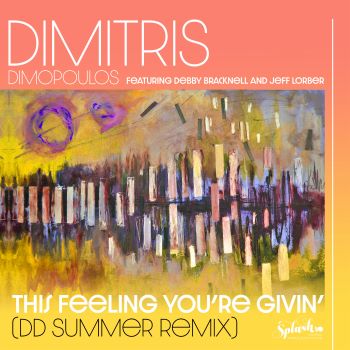 It was just June when DIMITRIS DIMOPOULOS charmed us with his solo album, ‘Take Me Out Tonight’. We say “solo” because music multitasker, Dimitris had previously worked with Sulene Fleming as a duo. However, the ‘Takle Me Out’ LP was very much a collaborative effort too – and one of the best collaborations on the album was ‘This Feeling You’re Giving’ which  featured the distinctive keyboard work of Jeff Lorber and the sweetest of vocals form Debby Bracknell. It was/is a charming pop/soul outing very much in the Shakatak vein.

If you want more of the charm, the song’s just been released as a single in new “DD Summer Remix” and that just about says it all – a gentle but classy, lithe, Latin-tinged romp that simply says “summer”! It’s out now on Splash Blue.