GONNA MAKE YOU MINE … AGAIN! 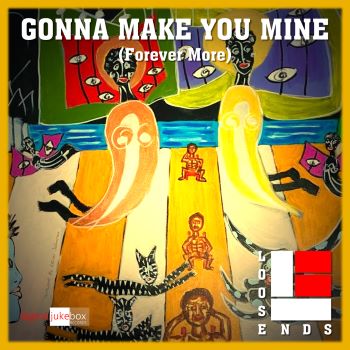 LOOSE ENDS are a Brit soul institution. They’ve been around since the 80s and are maybe  best remembered for their ‘Hanging On A String’, ‘Slow Down’, ‘Don’t Be A  Fool’ and ‘Gonna Make You Mine’ (originally the B side to 1986’s ‘Stay A Little While Child’).

The band went through a number of personnel changes in the 90s and eventually drifted off the radar with original member Carl McIntosh keeping the band name out there. The good news is that Carl has been back in the studio with (we think) original members Linda Carriere and Sunay Suleyman) to make some “new” music for the Digital Jukebox label.

The first fruit of the activity will be released on August 10th –  a single that features a new version of ‘Gonna Make You Mine’. There’s a fresh arrangement (almost unrecognizable from the original) that transforms the song into a smooth soul ballad with a strained but expressive falsetto lead over sweet cooing harmonies.