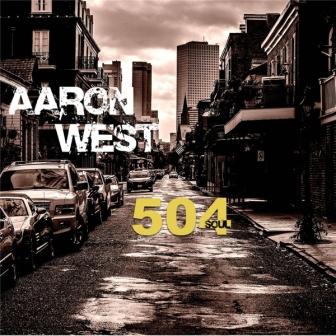 So passionate was West in getting his sound just right that he travelled all the way to New Orleans to make his record. In the Crescent City he recruited a ten piece band (Jon Cleary’s Monster Gentlemen) and you can hear the combo (including a full horn section) in full flight on the instrumental workout ‘The Balcony’… shades of Tower of Power. The album’s other instrumental is a bluesy ‘Rollin’ With D’.

Pick of the vocal cuts is the moody ballad ‘It Could Be Wrong’…. very atmospheric and haunting in its own peculiar way. Best of the up-tempo numbers are the jazz-tinged ‘Such A Shame’ and the old school ‘She’s So Fine’. The album oddity, given the context, is the slinky ‘Just The Most’. Oddity in that it comes on like a sleazy Prince outtake.