GONE BUT NOW NOT FORGOTTEN… 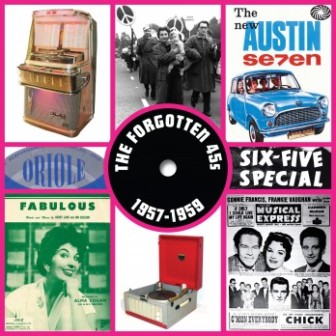 Reissue label FANTASTIC VOYAGE have just released two wonderful albums of non-copyright music under the banner of “THE FORGOTTEN 45s”. The idea behind the releases is to focus on records that despite their obvious qualities and charms never made the UK pop charts.

Volume 1 looks at the years 1957- 1950, while Volume 2 highlights the 1960 -1962 period. Both collections have 3 CDs and 90 tracks , so in total there are 180 memory jerking tunes … head scratching too when you wonder why classics like Chuck Jacksons’s ‘Any Day Now’ never bothered the charts.

The Jackson/Bacharach collaboration is just one of dozens of embryonic soul items that are featured across the collections. Also included are things like Chuck Willis’ ‘C C Rider’, Dee Clark’s ‘Hey Little Girl’, the Olympics’ ‘Private Eye’ and Clyde McPhatter’s ‘A Lover’s Question’. Those and more are featured on Volume 1, while Volume 2 boasts material from, amongst others, Ernie K Doe (‘I Cried My Last Tear’), The Donays’ (‘Bad Boy’), The Miracles (‘What’s So Good About Goodbye’), Sam Cooke (Teenage Sonata’), Ray Charles’ (‘Sticks And Stones’), Solomon Burke (‘Just Out Of Reach), The Coasters (‘Little Egypt’) and Etta James ( ‘Stop The Wedding’ ).

THE FORGOTTEN 45s… Volumes 1 and 2 are out now on Fantastic Voyage Records.