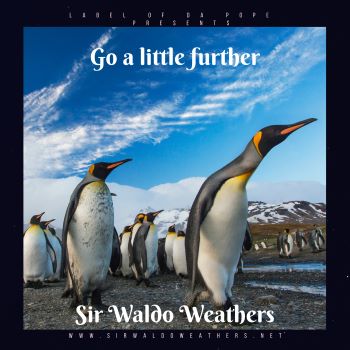 The wonderfully-named SIR WALDO WEATHERS is a sax man from the home of Mohammed Ali – Louisville. As far as we know, he’s the only black sax man in the Country Hall of Fame – an honour no doubt stemming from his work with country legend Charley Pride. But he’s a soul man at heart…proof? He was a mainstay of James Brown’s band for 15 years!

Right now, Waldo works out of Stuttgart, Germany where he’s a big draw on the live circuit – and his latest single is a big, pounding, rough and tough tune… ‘Go A Little Further’. Like many artists today, he says it’s his thoughts on the what’s going on around us rught now. In essence, he says, we all need to go that little bit further to help out. To make the message hit home,  he throws in an awful lot… rasping vocal, honking sax, a little rapping and some spoken word! It’s out now!