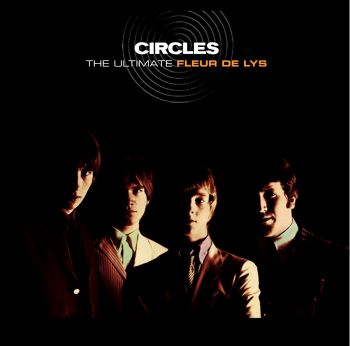 60s mods and mod collectors will be delighted to learn that Acid Jazz Records are gearing up to release a retrospective of cult 60s UK group FLEUR DE LYS.

The band originally came from Southampton and were signed to a management deal with the then manager of the Rolling Stones, Andrew Loog Oldham, who placed them on his Immediate label. After two singles the band moved to the UK branch of Atlantic Records which was then hosted by Polydor. Real success eluded the Fleur Dr Lys but as is the way, they garnered a cult following and to this day they remain something of a cult band.

The upcoming 25 track Acid Jazz collection will allow you to see what all the fuss was/is about. It features all the singles that they released for Immediate, Polydor and Atlantic and is named for their most famous recording – ‘Circles’ – their energy-packed cover of a Who song which even Who fans conceded out powers the Daltrey and Co. original version.

As was often the way with aspiring 60s bands the Fleur De Lys had an ever-changing line up with only drummer Keith Guster an ever present. Amongst other band members were Gordon Haskell who joined King Crimson and enjoyed a successful solo career. The band also worked with blue-eyed soulstress Sharon Tandy who features (beautifully) on some of the tracks – like the finger-clickingly good, ‘The Bitter With The Sweet’. (Which was also released as “Tony and Tandy”).

This new collection paints a wonderful portrait of Fleur De Lys. There’s plenty of 60s beat, some fine soul covers (including a take on the Impressions’ ‘I’ve Been Trying’ and a frantic version of the Temptations’’ ‘You’ve Got To Earn It’) and the obligatory late 60s psychedelia and whimsy… their overall sound is now fashionably dubbed (I think) “freakbeat”.

Issued digitally, on CD and in a limited-edition gatefold coloured double vinyl, this retrospective has been produced with the full co-operation of the group’s Keith Guster, allowing Acid Jazz to use previously unseen photos and illustrations. It’s been Compiled by Eddie Piller, Dean Rudland and the band’s official biographer Paul ‘Smiler’ Anderson,