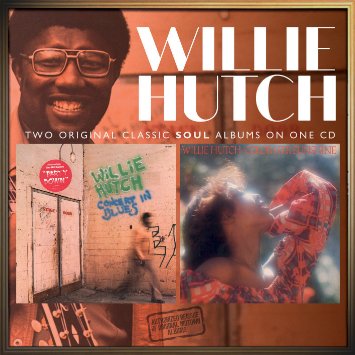 First up there’s a pair of in-demand LPs from Willie Hutch. Hutch, of course, got his first big break writing, producing and arranging songs for the 5th Dimension, but when he penned the lyrics to the Jackson 5’s ‘I’ll Be There’ Berry Gordy immediately hired him as a Motown writer, arranger and producer. After co-writing songs for Smokey Robinson, Marvin Gaye, the Miracles and others, Hutch stepped into the spotlight as an artist in his own right for Motown. Then in 1977, Willie joined fellow one time Motown producer Norman Whitfield’s own Whitfield label, where he cut the two acknowledged disco/funk classics ‘In Tune’ and ‘Midnight Dancer’. Sound wise the sets married Whitfield’s trademark psychedelic soul signature sonics with Hutch’s sweeter, sharper musical sentiments. Long requested by soul and disco fans worldwide, these two records see their first reissue of any kind with these new Real Gone releases.

Esther Philips fans will be delighted to learn that the lady’s 1973 album ‘Alone Again Naturally’ has also won a Real Gone reissue. The LP went Top 20 jazz and Top 30 R&B on release and Real Gone have added two bonus tracks to the original 10. The first is a rare live 1972 recording of Joe Turner’s ‘Cherry Red’ that Esther performed at a CTI All-Stars concert at the Hollywood Bowl in July 1972; the second is her reading of Billie Holiday’s ‘God Bless The Child’ from the same show, with accompaniment by Hubert Laws, Freddie Hubbard, Grover Washington Jr., Milt Jackson, Deodato, Airto, Bob James and Jack DeJohnette among others. Liner notes are by renowned U.S. writer A. Scott Galloway from his original essay for the out-of-print (and ultra expensive) reissue of the original album. This album has been released in partnership with SoulMusic Records.

The Real Gone link with David Nathan’s SoulMusic Records also sees a retrospective CD of Dee Dee Warwick’s Atco back catalogue and session singer Ullanda McCullough’s album’s ‘Ullanda McCullough’ and ‘Watching You Watching Me’ reissued as a “twofer”. The eponymous album was written and produced by Nick Ashford and Valerie Simpson while ‘Watching’ was helmed by Bert DeCoteaux and features a certain Luther Vandross on backing vocals.

There are reviews of some of these albums in our Reviews Section and for more information go to www.realgonemusic.com