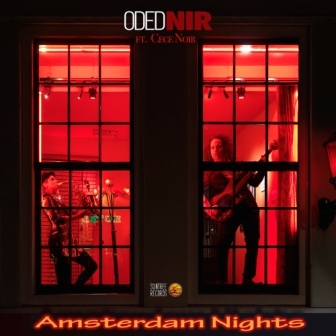 Hailing from Amsterdam, ODED NIR is a bass player, producer, DJ, remixer and electronic live artist. He also owns the Suntree Records imprint on which he released his debut album ‘Midnight Snacker’ back in 2010. Right now he’s readying a new long player – ‘Rooftop Conversations’ due in the Spring. The set’s first single is being lined up for a late February release… it’s a thumping dancer, ‘Amsterdam Nights’, led by the sax sounds of CECE NOIR. Ms Noir is a young Dutch sax player who tears though the melody with real vigour. Mr Nir says: “Her music is all about finding that sparkle, that feeling that goes straight to your soul, and sharing this with the audience. Freestyling and improvising on house music is her specialty.” See if he’s right by investigating when ‘Amsterdam Nights’ is released on Suntree Records February 22nd. And if you’ve ever been to Amsterdam, you’ll understand the cover art work imagery!