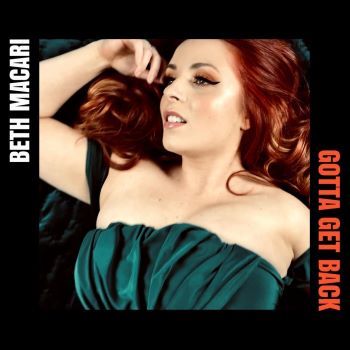 BETH MACARI is a Newcastle born and bred UK soul singer whose career began fronting Nick Pride’s Pimptones. She broke out on her own a few years back with the urgent, powerful single, ‘Voodoo – a performance that made some soul commentators compare Beth’s attack to people like Janis Joplin and (a young) Tina Turner. Since then, a flurry of more singles and the 2020 EP ‘I Am Everything’ from which the single, ‘I Promise’ was a soul chart top 20 hit in the States.

During lockdown, Beth continued to work. Despite the restrictions, she managed to perform twice at the UK’s first socially distanced venue, the Virgin Money Unity Arena, supporting Fleetwood Mac tribute band, Rumours and Alfie Boe. Beth also managed to record some new songs, one of which ‘Gotta Get Back’ is set for release on April 13th.

Ms. M says, “’Gotta Get Back’ was initially written about coming out of a bad relationship and realising how much of yourself you’d lost and being on a mission to get it back! But with lockdown and no gigs and the industry being at a standstill, the more I worked on the song I realised the lyrics were also driven by the need to get back to normality.” Musically the track is a moody, building blue-eyed soul groove with a 90s soul vibe about it.