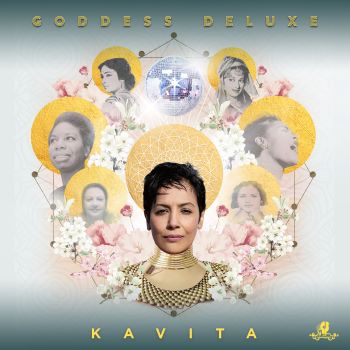 This coming Monday (March 8th) is International Women’s Day. To mark the occasion Canadian born, London based Singer / Songwriter KAVITA has joined forces with Londoner now Atlantan/Nashville resident and former member of the pioneering broken beat collective, Bugz In The Attic, DAZ-I-KUE under his BB BOOGIE guise for a new dance romp, ‘Goddess Deluxe’. The tune is infectious and features a peculiarly haunting vocal from Ms K while Mr Kue paints an expected edgy and electro backdrop.

Kavita says: “The song is a celebration of trailblazing mothers, grandmothers, aunts, artists, poets, and activists. It’s amplification of their often-forgotten achievements, sacrifice, and ultimate will to create and be heard.”