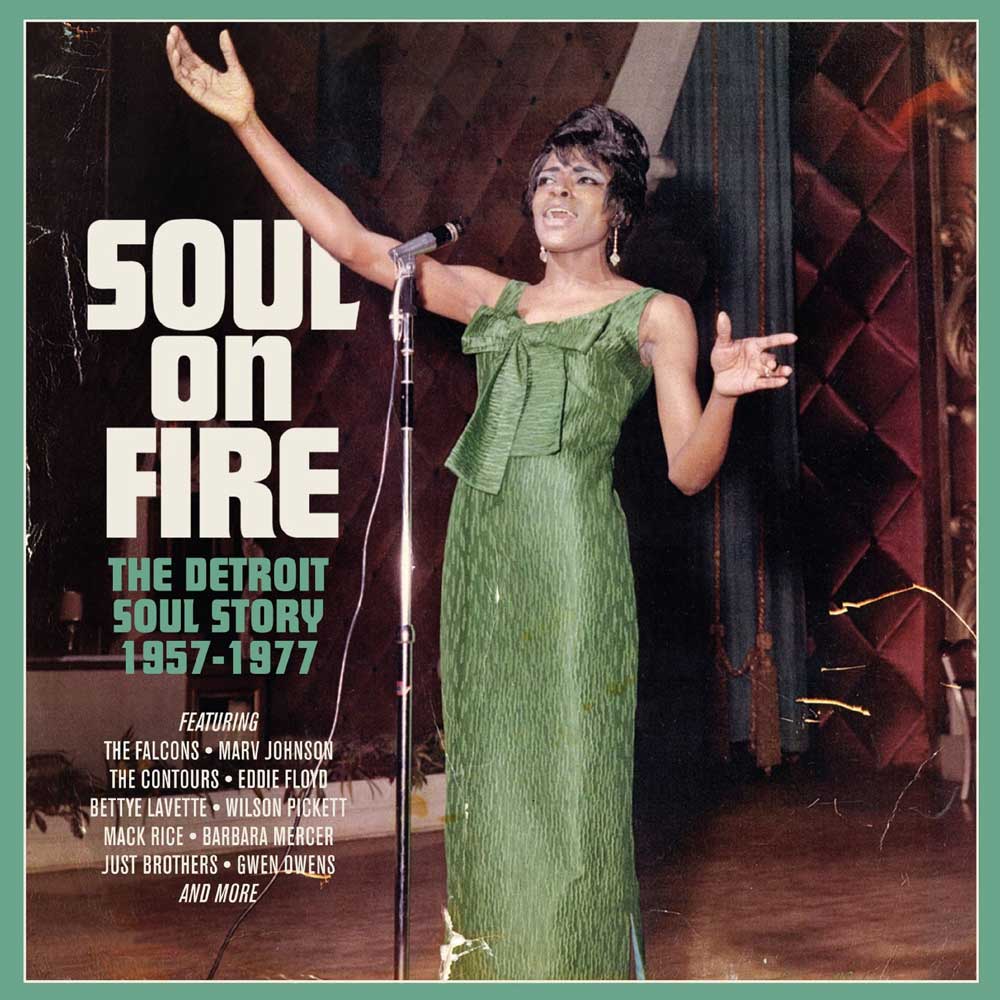 In any discussion of the business side of Detroit soul, one name will dominate – Berry Gordy. The pugnacious entrepreneur built a huge empire on the back of the singers and musicians of the Motor City. Dig deep though and you’ll discover that Gordy was only one of many hustlers trying to create some action for themselves. ROBERT WEST was such an entrepreneur and his contribution to Detroit soul is immeasurable; sadly his work is not celebrated in the same way as people like Gordy or, say, Ed Wingate. Now a new 3CD box set might just start to rectify that!

West was born in Alabama in 1912 and relocated to Detroit in 1935. In 1957 he founded his first label – Silhouette – which was soon followed by plenty of others – amongst them Kudo, Bumble Bee, Contour and, his most famous, Lu-Pine. West enjoyed some success (most notably with the Falcons) but he was never in Gordy’s league and after an unsavoury altercation with Mary Well’s ex-husband, Herman Griffin (it involved guns and some serious shooting!), West moved to Las Vegas.

In the Nevada city he continued to market music – leasing much of it to UK music hustler Jeffrey Kruger (owner of the legendary Flamingo Club and Ember Records) but by the mid 60s he found other interests, eventually passing in 1983.

Various soul compilations have featured material from West’s output, notably from his Lu-Pine label, but now b/g; Soul Time Records offer a quite superb 3CD, 86 track box set that brings together some of his most notable recordings alongside a smattering of later non-West cuts that were associated with Ember via the West connection.

Listening to SOUL ON FIRE – THE DETROIT SOUL STORY 1957-1977 what became apparent is Robert West’s ability to spot soul talent before his competitors. Here you can enjoy early music from artists who were later to become big names – sadly for West, though, with other labels. Amongst that number are the Primettes (later of course, the Supremes; pictured below), Marv Johnson, Bettye Lavette, Wilson Pickett, Eddie Floyd, Brian Holland (who recorded for West as Briant Holland) and The Ohio Untouchables (who later morphed into the Ohio Players). Their work sits sweetly alongside output from countless Detroit wannabees.

It goes without saying that there are lashings of great soul here. Amongst the 86 tracks there are 7 previously unreleased cuts and over 20 that have never before been on CD. Factor in an in-depth 36 page, lavishly illustrated booklet and you have a must-have early soul collection.