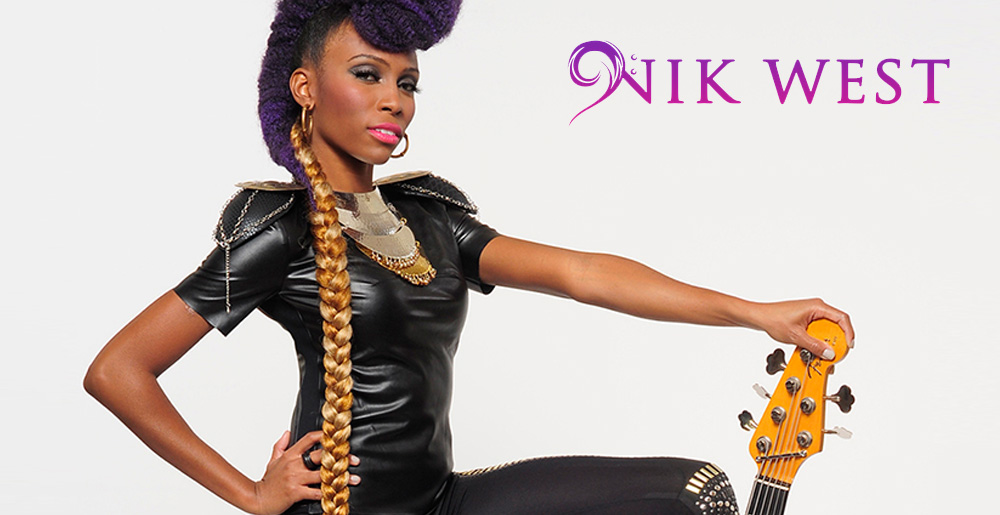 NIK WEST is one of America’s most in-demand bassists. Fronting her own eponymous band, Ms W has just released her latest album,’Say Somethin”. From it she’s just unleashed the lead single, ‘My Relationship’. We use the word “unleashed” deliberately. The cut is a blistering slice of pop/ rock rather than soul or even funk. The cut’s USP is the presence of guitar star, Orianthi, who, anoraks will know, was the last guitarist to work with Michael Jackson before he died. Her guitar dominates the track and I wasn’t surprised when my I-tunes classified the track as “rock”.