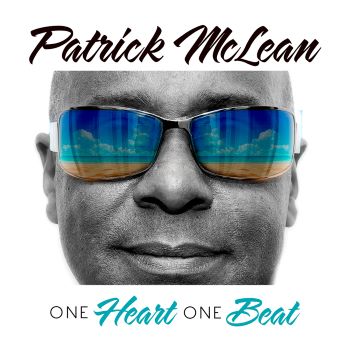 You may not know the name PATRICK McLEAN, but for sure you will have heard him. You see Patrick is a real veteran of the Brit soul scene. The singer/sax man/writer/arranger/producer was a member of Hi Tension (a co-founder, no less!) and more recently worked with the Brit Funk Association. In between he’s worked with family band M Lights but, more importantly Mr Mc says, he took some time out just to be with his family.

During that Sabbatical, though, music was never far away. Patrick never stopped writing and in 2012 he made a comeback of sorts with the solo single ‘Cruising Into Sunrise’. Then there was an EP of unreleased songs.

About six years ago McLean started working on a full album, ‘One Heart One Beat’   and we believe that it’s almost good to go. A couple of leaked tracks suggest that the long player is shaping up to be something quite special. First there’s a beautifully smooth but never bland, ‘Go Right On’. Lyrically the song is about forgiveness, and about moving on, and not dwelling too much on the past, whatever the situation is. And the almost 6 minutes’ worth of blissful sound (a touch of the ‘What’s Going On’ to it) underlines the reassurance of the message.

‘There’s A Reason’ is sprightlier but just as uplifting and optimistic and both cuts prove that there’s’ no substitute for soul business experience…. looking forward to Patrick’s full album.