GO FOR YOUR GUNS…. 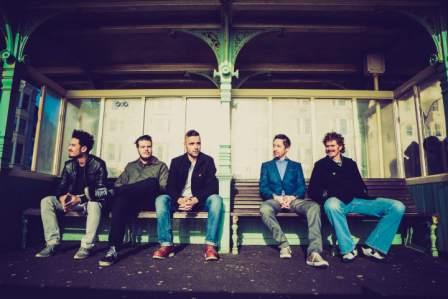 UK band MAMAS GUN are set to release their third album – ‘Cheap Hotel’ – on September 15th. In the meantime the long player is heralded by an infectious summer single, ‘Red Cassette’ which continues to deliver the quality blue-eyed soul promise of their first two albums. The song is a paean to nostalgia…. recalling the days of making your own mix tapes and even recording your own radio shows… all wrapped up in an uplifting soundscape.

The five piece, fronted by emotive singer Andy Platts, debuted with ‘Routes To Riches’ from which the lovely ‘Pots of Gold’ won the hearts of soul fans world-wide and particularly in Japan where the LP went top 3! Their second LP, ‘The Life And Soul’, was equally well accepted and since then the band have toured all over the place, even landing a support slot on Stevie Wonder’s tour of Indonesia. With a new bass player on the team, MAMAS GUN are all set to move up to another level – a fact justified by their recently announced support slot on Lisa Stansfield’s upcoming UK Autumn tour.

RED CASSETTE by MAMAS GUN will be available from 17th August