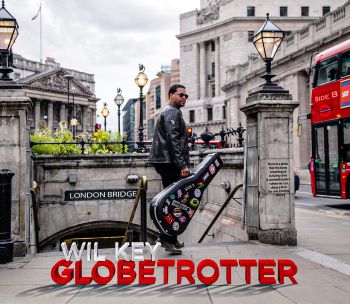 Indie soul man WIL KEY impressed back in April with his ‘Another Day in Paradise’ No, not the Phil Collins’s song; rather a Key original that dealt with broken dreams and unfulfilled visions among creatives in the Los Angeles music scene of which he himself  is a part.

We were told that the song was from an upcoming album, ‘Globetrotter: Side B’ – named for the fact that different parts of different songs on the long player were recorded in all kinds of various worldwide locations.

The latest fruit of Mr Key’s virtual peregrinations is ‘G.L.O’ . The letters stand for ‘Good Love Overture’ so were guessing (?) this could be the promised LP’s opener. Sonically, it’s sweet and pacey  and Mr K’s vocals show he’s studied plenty of past soul maestros.