GIVIN’ THE PEOPLE WHAT THEY WANT… 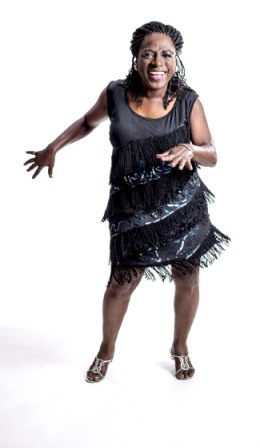 SHARON JONES and her formidable DAP-KINGS are all set to release their brand new album in August. With the appropriate title ‘Give The People What They Want’, the long player will be available on Daptone Records. It’s SHARON’S fifth full album and it was all recorded in Daptone’s famed House of Soul Studios in Bushwick – right in the heart of Brooklyn.

Sneak previews reveal the SHARON and her gang have retained all the gritty, retro soul and funk flavourings for which they’ve become rightly lauded. You can though expect one or two surprises…. the lead single (‘Retreat!’) for instance lets you know that ace producer GABRIEL ROTH’S been listening to a lot of PHIL SPECTOR lately