GIVE ME THE REASON! 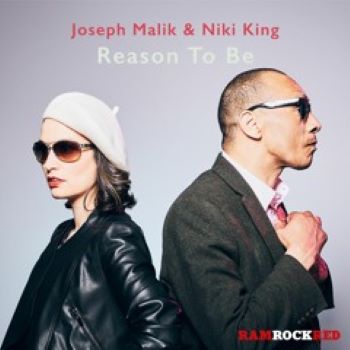 JOSEPH MALIK is a Scottish soulster who’s been in and around the scene for quite a while. For his latest outing he’s teamed up with singer/songwriter and UK Perrier Jazz Vocalist award winner  Niki King for a rather special song, ‘Reason To Be’… special because it’s been recorded for a very specific and romantic reason.

Malik has recently been working with indie label  Ramrock Records – a set up marshalled by husband and wife team Jo Wallace and Ashley Beedle – both, of course, respected mixers and  DJs and as well a top record company execs! Mr M decided to make ‘Reason To Be’ as their wedding present. He says that his lyrics like “You better know that you’re more than you know, that you’re more than a reason to be” speak of devotion and mutual commitment… very sweet.

The Ramrock couple were delighted by the dedication and decided to repay the compliment by remixing the song. Ms Wallace went into the studio with her North Street West compadre Darren Morris and gave the tune a Motown/Northern flavour that really works – highlighting the chemistry between Joe Malik and Niki King. Now we’re not saying that they’re Marvin and Diana (or Tammi, or Kim, or Mary) but you get the idea.

Joseph Malik & Niki King’s four track ‘Reason To Be’ EP is out on Ramrock Red on August 20th.