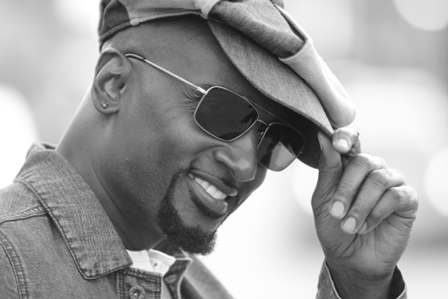 In these troubled and difficult times, it’s normal to look back to some perceived Golden Age when things were, well, a lot better than now. Never mind the pandemic, how often do we hear people saying that movies, TV, music, going out and life in general used to be so much better and that damned virus has magnified the sentiment.

Young and smooth US soul man ISHMALE SINGS has tapped into that very sentiment with his latest record…. ‘Gimme Some R&B’- a lovely, lithe tune with a sweet vocal weaving its way through some soulful sax riffing.

His people tell us that Ishmale currently resides in Dallas, Texas though he was born in Shreveport, Louisiana, where he learned the soul singer’s craft. He debuted some years back but though winning plenty of live work in places like Las Vegas, chart and radio success eluded him. He knows it’s tough these days for indie artists. However, his nostalgia-laden ‘Gimme Some R&B’ might just prove his breakthrough track. It’s already making waves Stateside and easy to hear why.  It’s easy on the ear, slinky and soulful … and, as we alluded to up top, it taps into that rich vein of nostalgia.  Why, it even comes in “parts 1 and 2” – just like plenty of those great old records of yesteryear!

Nostalgia! Who said there’s no future in it! ‘Gimme Some R&B’ might just secure a great future for young Ishmale Sings.