GIMME ALL YOUR LOVE…. 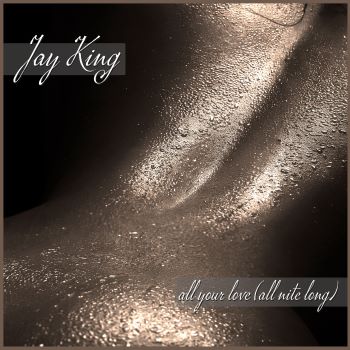 JAY KING was the lead voice in Club Nouveau  but he’s since carved out a reasonably successful solo career. His 2017 album, ‘Helen’s Son’ was a particular highlight.

Jay’s team tells us that he’s gearing up to release a new LP – ‘Soulful Bossa Nova’ – a reflection of his love for Brazilian music. He told us: “Because I LOVE Bossa Nova music, Joao Gilberto and Carlos Jobim and Marvin Gaye is my favourite artist of all time, I set out to create what I coin as Soulful Bossa Nova or Cool R&B. You’ll hear different elements throughout the project on different songs. We have married R&B, Jazz, Samba & Bossa Nova to create a new musical movement.”

As a taster, Mr K has just released the album’s first single – a sensuous ‘All Your Love (All Nite Long)’ which in truth is more Marvin Gaye than Antonio Carlos Jobim. That’s not a detraction by the way. The song is a classy, late night, Quiet Storm groove and sets up the parent album rather nicely. As a teaser we’re told that ‘Soulful Bossa Nova’ features some special guests including Lenny Williams.