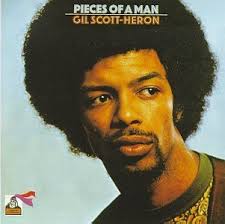 Jazz trumpeter, award-winning record producer and arranger GIL ASKEY has died in Melbourne, Australia. He was 89.

Askey was born in Austin Texas in 1925 and after mastering the trumpet (he was inspired by Louis Armstrong) he soon found work with many of the great jazz bands of the 40s, 50s and 60s. He eventually settled in Chicago and was soon in demand in Detroit working with Berry Gordy at Motown. His Hitsville CV included work with The 4 Tops, The Temptations, Stevie Wonder, The Supremes, Gladys Knight and the Pips, The Jackson 5 and, maybe most importantly, Diana Ross. He worked with the first Lady Of Motown on ‘Lady Sings the Blues’, ‘Diana Ross Live! The Lady Sings… Jazz & Blues: Stolen Moments’ and ‘Mahogany’.

Gil eventually moved to Australia commenting :” ‘I came to Australia in 1973. I was musical director for Diana Ross. And some ladies… We were caught in the rain, and this voice, ‘Hey, you want a ride?’ We’re trying to get back to the Southern Cross Hotel from Festival Hall. And six musicians and five singers went and jumped in this van, and seven years later I married the lady that was driving that van and stayed in Australia”.

Askey performed regularly in Australia and was working right up to his death. Melbourne jazz singer and author Jane Clifton posted that “One of the great giants of music has left the building. Farewell Gilbert Askey, you will be so sorely missed. Melbourne was blessed and enriched to have you for the time we did. Time to ‘get you some rest’.”