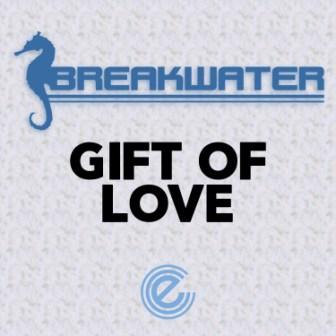 Last month we broke the great news that late 70s Philly band BREAKWATER were working on a new album which is set for release early next year. This “comeback” has been inspired by Expansion Records’ main man RALPH TEE who was savvy enough to include the band’s ever-lovely ‘No Limit’ oldie on this year’s ‘Soul Togetherness’ album.

As we mentioned in November, the band’s long-player is being heralded by a three track digital EP which is now officially available to download. The mini album is called ‘Gift Of Love’ named for the track that will also appear on the upcoming Expansion ‘Luxury Soul’ album. Those who’ve heard ‘Gift Of Love’ will say that it’s a sweet, gentle modern soul tune with typical Philly harmonies and lovely brass figures underpinning the delicious melody and heartfelt vocals.

The EP’s two other tracks are the tough dancer ‘Necessary Business’ and the uplifting ‘Back In Love’ which is total Philly delight.

Breakwater will be performing the tunes (along with all their classics, of course) when they headline January’s Blackpool Luxury Soul Weekender!