GETTING THEIR ACT TOGETHER IN LONDON 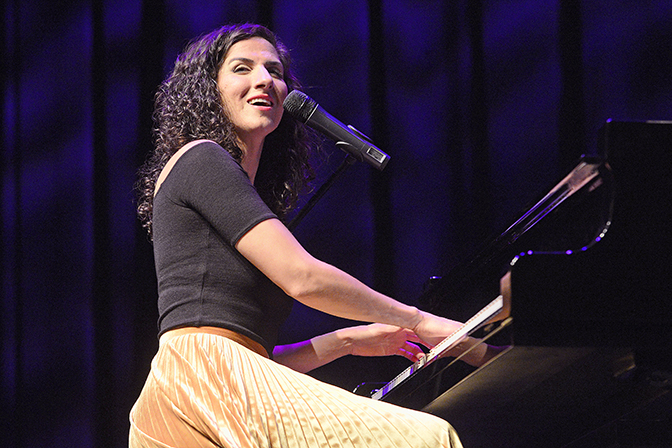 Two of the ACT record label’s biggest artists, Canadian singer/pianist LAILA BIALI, and German piano maestro, MICHAEL WOLLNY, are due to play in London next week.

LAILA BIALI, whose critically-acclaimed self-titled album came out on ACT earlier this year is booked in for two nights at Chelsea’s supper club venue, The Pheasantry, on Monday 14th and Tuesday 15th of May.

The MICHAEL WOLLNY TRIO arrive later the same week for a one-off gig at the trendy King’s Place (located in King’s Cross) on Friday 18th May. The 39-year-old pianist, whose award-winning work draws on both jazz and classical music, is currently promoting two new albums with his trio – a studio set called ‘Oslo,’ and a live album titled ‘Wartburg.’