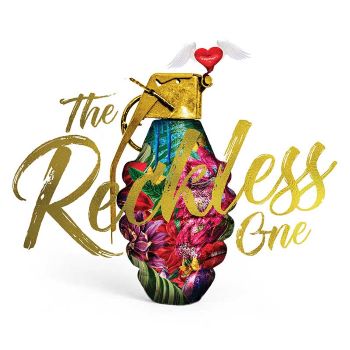 SAMANTHA MARTIN is a Canadian singer and songwriter who’s won critical acclaim for her tough and feisty blend of rock, blues and soul. Fronting a tight band, Delta Sugar, her last album, 2018’s ‘Run To Me,’ won her the plaudits and while the pandemic’s been raging, Ms M has worked hard putting the finishing touches to a brand new long player… ‘The Reckless One’, due 20th November on Gypsy Soul Records.

The album’s first single ‘Don’t Have To Be’ has already been issued and as the album’s herald it’s a perfect summation of Samantha’s sound – a blue-eyed take on the classic Southern soul genre. It’s brash and brassy and fronted by a feisty and fierce vocal. And that’s ‘The Reckless One’s’ signature sound with some of the cuts a tad more soulful, others a little more rocky.

Standouts though are the ballads… things like ‘I’ve Got A  Feeling’ and ‘So I’ll Always Know’ have their roots deep down in Memphis and Muscle Shoals, while the lighter, sweeter ’All That I Am’ offers considerable charm which grows with multiple plays. Elsewhere, ‘Pass Me By’ rides in at 100 mph… enough speed to satisfy the Northern fraternity

Eleven of the twelve songs here are Martin originals. The only cover is an intriguing take on Bob Dylan’s ‘Meet Me In The Morning’. Here it’s given a southern funky makeover but it’s that big voice that grabs the attention, little wonder Stateside commentators are making comparison to Sharon Jones, Tina Turner, Beth Hart and Janis Joplin. One even mentioned Aretha but as yet Samantha lacks the nuances of the Queen of Soul. Ms M’s approach is full frontal attack.

Hear it at full force when ‘Reckless One’ is released on 20th November. The intriguing album artwork by the way is meant to show that love is as delicate as a Faberge egg and can be as volatile as a hand grenade, with one fell swoop – it can blow up so magnificently, that once the dust settles, it can leave you looking at the fragments of that love wondering what went wrong. Ms Martin’s people add that the description also works when describing Samantha!