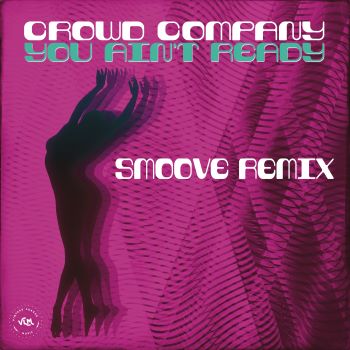 The band, CROWD COMPANY, are a British 8 piece outfit with a passion for vintage soul and funk. Their most recent album was ‘Lowdown’ released on the Vintage League Music label. It featured the horn section from Grammy Award winning USA funk band Lettuce on all tracks and it was produced by Alan Evans (of Soulive).

Their last single was the high energy funk disco vibe ‘You Ain’t Ready’ which has just been remixed for a new reissue by Jonathan Scott Watson yes – “Smoove” as in  Smoove and Turrell.

On the new tweak, the energy quotient remains high as does the tough, funk undertow. It’s an edgy and rumbling workout  and it’s out now via Vintage League Music