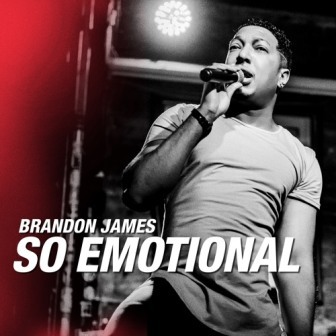 BRANDON JAMES is a Chicago soul singer whose CV includes work with people like EWF. He’s currently putting the finishing touches to a solo EP but to whet appetites Brandon’s just released the first single… a lazy, jazzy, soulful meander ‘So Emotional’ which features some tasty trombone (I think) work. Brandon has an appealing voice and wait for it to ignite after something like three and a half minutes in!

Brandon’s people tell us that he took up music as a way to overcome struggles in his personal life; clearly his emotions are on the line on ‘So Emotional’. It’s out now via your favourite digital platform.