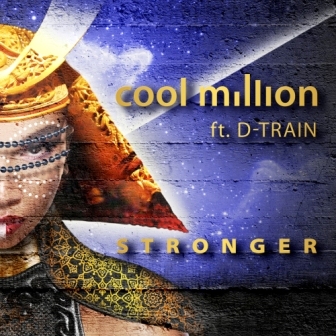 Staying true to their promise to release some spectacular soul in 2019 to celebrate their tenth anniversary, the COOL MILLION team (Rob Hardt and Frank Ryle) are all set to unleash a real monster of a tune … ‘Stronger’ featuring a typically powerhouse vocal from JAMES D TRAIN WILLIAMS. The cut has a great retro feel (as you’d expect from the Cool Million boys), it’s brimming with optimism and James is in fine form – as he was back in the ‘You’re The One For Me’ days!

It’s a throwaway line (YES!) but after ten years Cool Million are ‘Stronger’ than ever. The single is out April 26th by the way and on the new Cool Million Records imprint.