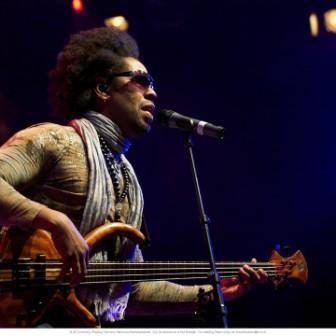 Last time we heard from Detroit-based indie soul musician, PAUL RANDOLPH he was collaborating with the lovely Kathy Kosins. Before that he enjoyed success with his own long player, ‘In the Company of Others’ –a complex album that had input from people like Vernon Hill and Zed Bias.

One of the set’s best cuts was ‘Heavy’ – a homage to Gil Scott Heron; the song has just been issued as a single in a tasty, and yes “heavy” mix and we’re told that there are several more exciting mixes of ‘Heavy’ on the way via Ashley Beedle and Ramrock Records.