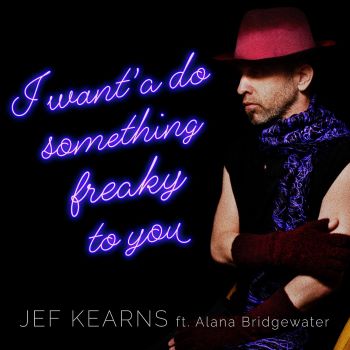 JEF KEARNS is a Canadian flautist whose mission statement is to show that the flute can be just as soulful as what he calls “the down and dirt sax”. To make the point he’s just released a “down and dirty” single – his version of Leon Haywood’s ‘I Want’a Do Something Freaky to You’

Jeff says: “Like many, I knew this song growing up as Dr. Dre’s sample on ‘Nothing But a G Thang’ but I recently dug deeper on the source material and discovered Leon Haywood”.

This new version is rather different to the original. It  boasts a shorter intro for a start and it’s  a tad tougher than the original which, if you remember, was slinky and sensual and sort of subtle. The vocal on the Kearns cut is taken by Alana Bridgewater whose bold delivery offers contrast to the weaving flute lines. There’s  vinyl scratching, a pounding live bass and a 90s groove – interesting and out now!